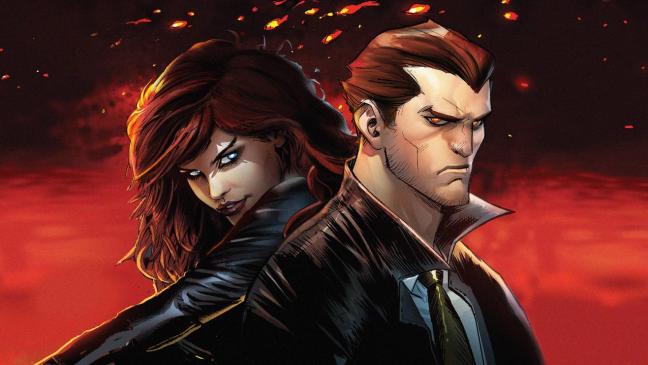 Who Are The Hellstrom Brothers? The Origin

Daimon Hellstrom and Satana Hellstrom are, as it’s easy to figure out for their names, the very offspring of Satan himself in the Marvel universe. Satan had the intention to spawn a son who was a bridge between the demonic ant the human world—that is, the usual Antichrist myth—so he took human form, moved to Massachusetts and married a poor innocent woman. Their son Daimon was born with a strange pentagram mark in his chest and three years later his little sister Satana was born—I mean, one would think the choice of the girl’s name should have make her mother suspect something. After preventing a demonic sacrifice, the mother was put into a mental institution, screaming that her husband was the Devil himself. Daimon was sent to an orphanage and Satana was taken to be raised in Hell. Daimon 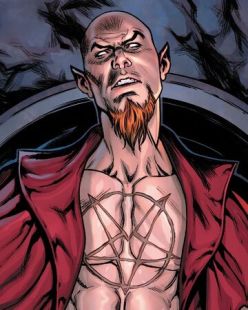 up and entered a monastery to become a priest, not knowing who he really was. But when he inherited his mother’s house he found her diary and discovered his true identity as the Antichrist. Satan tried to lure him into the dark side, but Daimon decided to dedicate his life to fight against him and against evil, under the superhero name Hellstorm—yeah, he didn’t really struggle too much to choose an original innovating name. Satana on the other hand, she’s a succubus who constantly travelled to the human world to feed on the souls of the unwary men she seduced, until she faced Doctor Strange and his kindness made her change, getting even to sacrifice her own life to save his. Daimon became a paranormal detective, John Constantine style, and worked on numerous occasion with other mystical heroes such as Ghost Rider or Doctor Strange, even becoming a member of the Defenders eventually. Satana became a member of the Thunderbolts, then went back to Hell to reign instead of her father and since then she’s always moved through the thin line between a hero and a villain. 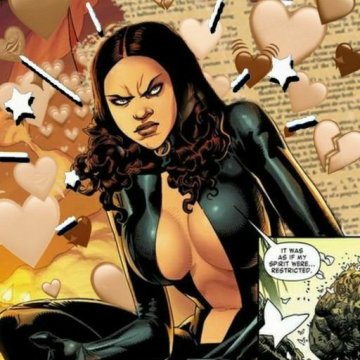 They both have magic powers of unknown extent, which they have used to perform all kind of incantations, from invocations to time travel. They have super strength and stamina. They also can manipulate Hell fire—a magical fire which doesn’t only burn physical stuff but also souls—which they directly extract from their father’s demonic dimension, more or less like Cyclops extracts his optic blasts from another dimension. Daimon channels it through his trident, though Satana doesn’t need that, she can do it manually. She also has the ability of flight, absorbing her victims souls, astral projection and mind control. The Hellstrom brothers are actually two of the most powerful characters in the whole Marvel Universe. Daimon owns his Netheranium trident and also rides a chariot drawn by three demonic horses: Hecate, Amon and Set.

Daimon has mantained numerous brief relationships with other Marvel characters. Recently we discovered that at some point of his life he had an affair with Jessica Jones. But probably his best known and most troubled affair was with Patsy Walker, the Hellcat. The former child star now turned into a heroine and

She-Hulk’s personal BFF met Daimon when they both were Defenders and after a lot of adventures together they got married and half retired. But in one collaboration against mystical menaces, Hellstorm ended up recovering his Darksoul, the demonic half of his soul, which he had expelled when he became a hero. Patsy, seeing in person that dark version of his husband’s human soul, got insane and ended up dying. This forced Hellstorm to resume his fight against evil to avenge the death of his true love and he eventually got to kill his own father, Satan. During the process, Daimon even had a son with a witch. Hellcat’s soul was trapped into Mephisto’s hellish dimension and Daimon managed to trick the Thunderbolts into rescuing her, getting to resurrect his wife, who came back with a new superpower: she was now able to detect any paranormal activity. But after having seen Daimon’s Darksoul and the toxicity of their marriage, she refused to come back with him. When Firestar was dying from a cancer caused by her own radiactive powers, Patsy—who had become close Friends with her—made a deal with Daimon to cure her using his magic in exchange of her spending a night with him in Hell, but they never came back together after that.

Regarding Satana, being a succubus who feeds on the souls of her pickups, she has never had a serious relationship with any other character. Her flirting with Doctor Strange is constant, but it never gets to turn into anything serious between them. The most similar thing was when she briefly married Deadpool as a convenience deal, but it didn’t last long.

The best times for Daimon Hellstrom—besides the current times—were those when he was a member of the Defenders. As to Satana, highlights the 2004 miniseries Witches, by Brian Walsh and Mike Deodato Jr, where Satana and two other witches join under the mentorship of Doctor Strange to save the world from a mysterious demonic book.

Currently, the Hellstrom Brothers star a new open series, Spirits of Vengeance, where they team up with Blade and the Ghost Rider to face new paranormal menaces, under the writing of Victor Gischler and the pencils of the astonishing David Baldeón. Highly recommendable stuff. Let’s hope for the Hellstroms to keep being a capital part of the Marvel Universe, they’ve totally earned it.